Skip to content
Revision of Croydon Council’s 2019 Development Plan  – Update 7 January 2020
We urge our residents to tell the Council what you think of the revision.  You can comment On-line or by Email or Post. You have until the 13th of January to comment. Apologies for short notice.
——————————————————

Mr Philp started off by stating that it was nice to escape from Westminster and from Brexit.  Today’s vote in Parliament was not a Brexit vote.

Croydon approve 90% of all applications taken to the Planning Committee.  This is a very high proportion for those applications deemed to be potentially contentious. This high level of approval is not the case in the neighbouring boroughs of Bromley and Sutton.

Croydon also have a policy of allowing conversion of family homes into flats within an abrasive environment at the Council.

Croydon also have identified that 2/3rds of the housing target can be achieved by developing on brownfield and city centre sites.  Chris’s view is that these sites should be built on first and then the target reassessed to see whether family homes to flats (windfall sites) still need to be developed.

However the current Council will not change its policy so Chris is recommending we support the petition to vote for a change in governance arrangements in Croydon to abolish the post of leader of the Council and to have an elected mayor instead.

The £2billion project to widen Windmill Junction and therefore create more capacity on the London to Brighton Line is progressing it is still at the design phase.

Eighteen months ago Chris was approached by Simon Cripps to help in-town retailers reduce business rates to be able to better compete against out of town retailers.  Chris followed up with Philip Hammond and from April 2019 obtained a 1/3rd rate reduction for small retailers.

A new larger A&E department was opened in May 2019 following a £22million redevelopment.  In addition a further £13million has been awarded to increase the number of intensive care beds.

Croydon has been historically underfunded as it is an outer London borough receiving fewer funds than inner city boroughs despite having many of their issues. In the latest spending round Croydon was awarded a 7% spending increase which was the second highest in the country.

Chris is now a minister in the Justice Department. One of the issues he is focussing on is more help for criminals with disabilities and mental issues to help them integrate into society when their sentences are finished.

In addition as part of the nationwide increase in police numbers, Croydon is getting a further 100-120 more officers.  This is a large percentage increase on the 700odd officers we have at the moment.

There were now questions from the floor.

There was dissatisfaction with the results of all the money spent on Fairfield Halls. It was commented on that it was double the price for the A&E. Robert Ward indicated a lot of the money was spent on asbestosis removal, the fabric of the building and disabled access. Robert indicated that it was probably under-budgeted and overspent however there seemed to be a lack of scrutiny as the work was undertaken by Brick to Brick.

It was also noted that there were at present no parking spaces available whereas 300 were promised.

The scheme is now being redesigned to reuse some of the existing and will be a smaller scheme.  The new plans are being awaited.

Trees opposite the Coombe Wood School construction site have been marked.  Maria said she did not think it was anything to do with the construction but will investigate.

Persecution of Christians in countries in receipt of UK aid

Mr Jaffer Kapasi asked for UK aid to be linked to freedom of expression, not just for Christians but all religions.  It is not at present.  Chris Philp agreed the request was a reasonable one.

Maria informed the meeting that Croydon Planning Committee approved more proposals forwarded to it than most Committees.  Given forwarded proposals were the contention ones this approval ratio indicated a preference for developers rather than residents.

For residents concerned with parking there is a standard procedure to effect change involving residents being balloted on proposals put forward by residents’ groups.

The railway bridge over Sanderstead Road will be replaced over Christmas involving considerable disruption – especially to St Gertrude’s Church.

The Local Plan is to be reviewed – halfway through its term. The key proposals are;

Designation of areas within 800m of a public transport stop as Intensification Areas.  Whatever they are.

Building on certain green belt. The land down Gravel Hill was mentioned as a candidate area.

It was pointed out there was no capacity left on the tram for additional commuters.  The consultation runs from 8Nov to 8Jan.

Points from the Floor

It was suggested we move the AGM away from ½ term as this might improve turnout.  This was agreed as a good idea for next year.

Certain residents were unhappy we have moved to two newsletters a year and they were being distributed to all residents – not only subscribers.  The Chair asked the resident to think of themselves as members rather than subscribers and to think of the money given as a domation rather than a subscription. In addition we have moved to two issues as we felt too much time was spent “publishing” and too little focussing on the issues of the area.

Robert Ward outlined the Selsdon Community Plan Day on Saturday 9th November and asked residents of come along and give their views. A representative from St Paul’s Church gave details of upcoming Christmas events. The Chairman said he would come along to the Christmas Card sale.

An Elected Mayor in charge of Croydon?
Members from your committee have attended meetings of the DEMOC group. DEMOC stands for Democratically Elected Mayor of Croydon and the group want Croydon to have a referendum to decide whether we have an executive Mayor for Croydon. Under recently enacted Government legislation if 5% of registered votes say they want a referendum
then one has to be held.  An elected Mayor will be completely in charge. They will dictate policy and tell the Councillors what to do.
You could say that the current system is similar in that the leader of the council dictates policy and tells the other Councillors what to do however the difference is the Mayor will have to be elected. We believe for any candidate to be elected they will need votes from all around the borough and therefore their manifesto might reflect the wishes of all across the
borough. We believe it is as simple as that and therefore we enclose a signature sheet with your Newsletter for you to sign – if you wish. You can either post the form off to the DEMOC PO Box stated on the form or you can drop it off to me and I will batch them up and send them off.  My address is 27 Castlemaine Avenue.

Planning Applications
I would like to thank members of the committee for their work on individual planning applications details of which are included later in this newsletter. As David will explain later. We are at last experiencing some more sensible decisions by the Planning Committee in their most recent deliberations!

Coombe Wood School
As the construction of the permanent school is behind scheduled the some approval for the temporary school needed to be extended and was therefore presented to the Planning Committee. Once again we argued that there is no protection for the pupils crossing
Castlemaine Avenue and that Castlemaine is more dangerous than Melville Avenue – where the pupils are protected. Once again the members of the Planning Committee heard our objections yet agreed the extension. However, they added the condition that if the already delayed crossing of Coombe Road above Melville Avenue is not ready for the beginning of the Autumn term the situation will be assessed. This crossing which will solve all the safety issues is still not started let alone ready and we now have twice as many pupils at the school.
As I write I have not seen what the assessment involves. I was pleasantly surprised when just before the start of term Castlemaine Avenue was made exit only through a temporary barrier across part of the road –therefore making it the same as Melville Avenue. However according to Transport for London this is a result of gas works. We can live in hope.  It might be that the Councillors are correct in saying these are secondary school kids and there are plenty all over Croydon who have difficult journeys. Let’s just hope the permanent crossing is completed as soon as possible.
On a second note the frame for the main school is now complete and highlights our concern that it is unnecessarily close to the first few houses of Melville Avenue and reminds us of the failure of the Councillors on the Planning Committee to stand up for the interests of these residents.

148 Ballards Way
We have now completed stage two of the official complaint process against the award of planning permission regarding the design of this property. Not the size for which we do not think we have a legitimate grievance but the design features, specifically flat roofs and glass
balconies.  Our complaint is that the design “creates a negative impact” on the area
and that the Councillors were unaware of this as the planning officer did not provide sufficient information about the existing architectural styles.
As a result of this lack of information provided by the planning officer, the Councillors came to their conclusions based on a questionable statement by one of them.  We know it’s a long shot but we feel we must try our hardest when an architectural style so at variance to our area is approved so thoughtlessly by the system. We know the decision cannot be reversed but we want some kind of acknowledgement it was flawed and that the process can be
so much better.  The Council has dismissed our complaint and the next stage is the Ombudsman.

Collaboration
The residents of Winchelsey Rise have campaigned against a plan to build a block of flats in their road and at the moment the developer has pulled out. The residents were planning to use the Whitgift Foundation covenants restricting development to one dwelling per plot to oppose the plan. The developer pulled out before any legal action came about. The residents were helped by Whitgift Foundation Estate Residents Association who are in the process of trying to enforce a similar covenant in their area along the Addiscombe Road. If their opposition goes to court which it looks like it might we wish them all the best and thank them for undertaking such a significant action which hopefully will help all of us.

Don’t Mess with Croydon App
I walked my usual circuit with the dog yesterday and winced again at the overflowing bin in Croham Road by the bus stop and the mess all around the wire framed bins in Lloyd Park. Presumably the mess in the Park is caused by the birds picking at the rubbish through the holes in the frame.  So I loaded the “Don’t Mess with Croydon” App on my phone and will
photo the offending bins today and report them to the council as there is a specific app for this.  I recommend you load the app and report similar stuff as you walk
around our area. 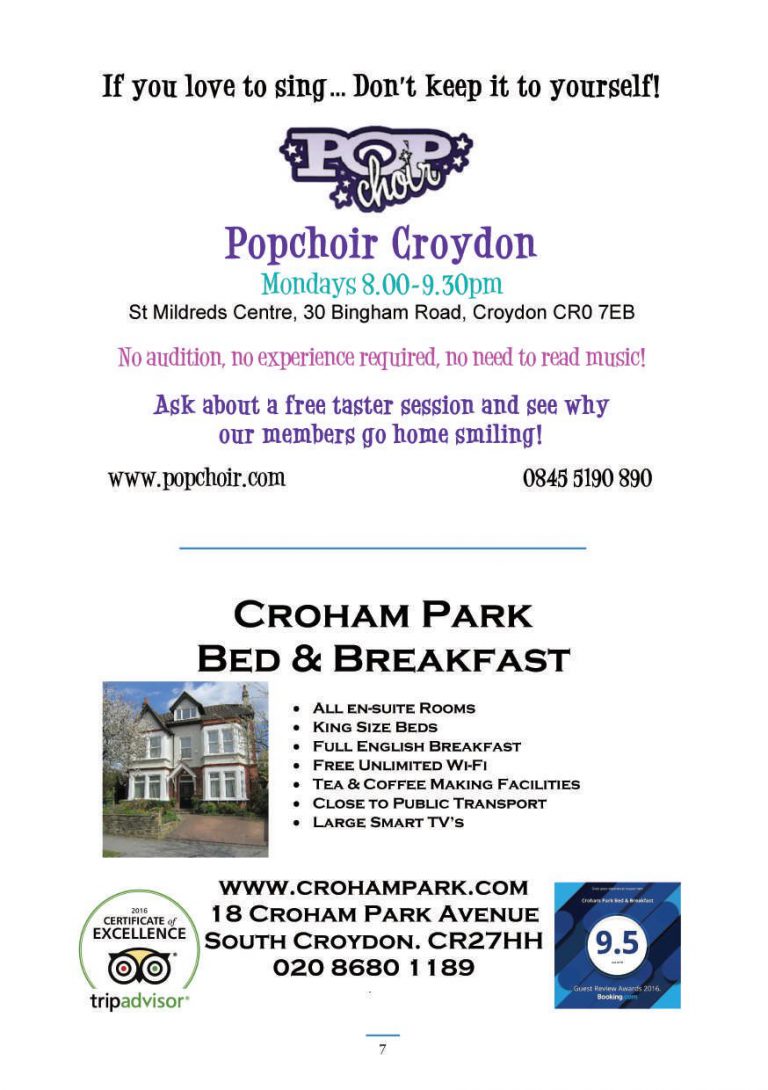 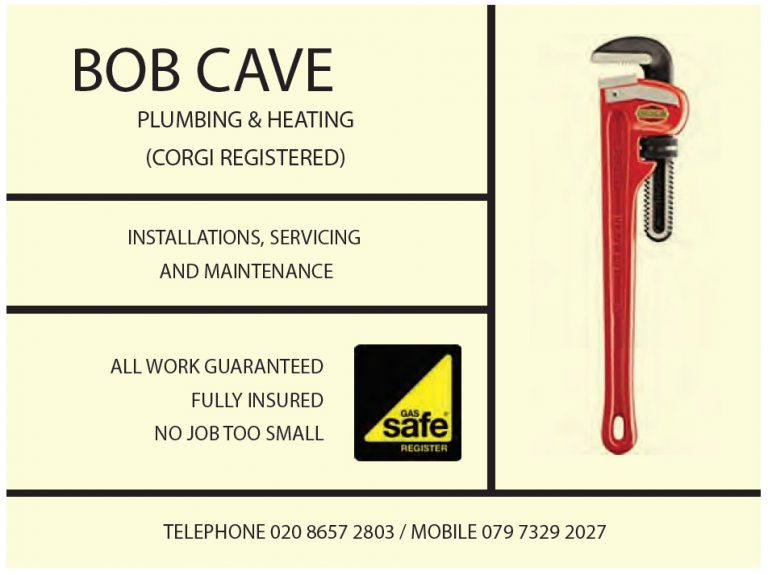